Audrey Hepburn is known for her acting and her humanitarian work. Most people remember her as a female legend from the Golden Age of Hollywood. What many don’t know is that she was also an animal lover!

Audrey Hepburn and Her Dog 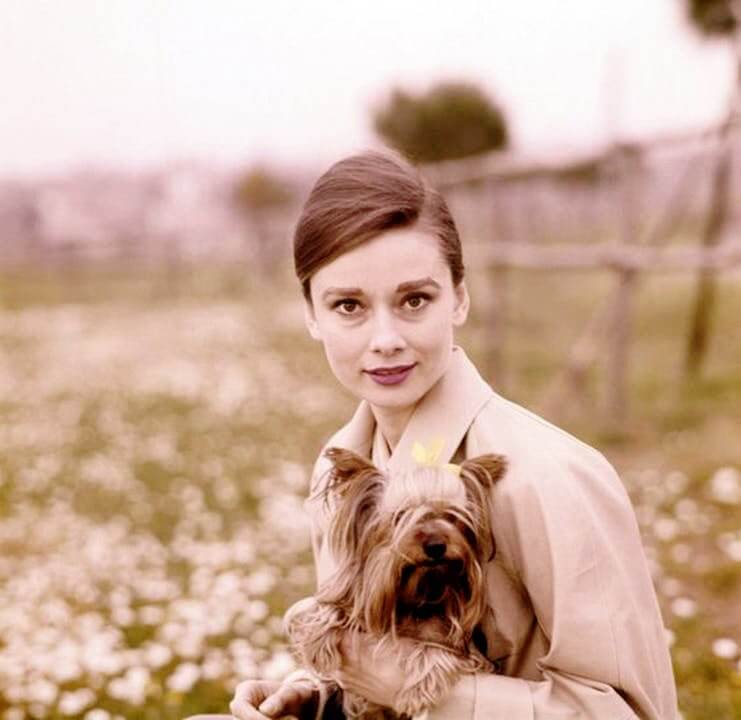 Dogs were an integral part of Hepburn’s life. One of her dogs was named Mr. Famous. He would accompany her to film sets and photoshoots. Mr. Famous was a great companion to the actress and was almost always by her side!  Mr. Famous even had a cameo in Audrey Hepburn’s 1957 movie called Funny Face.

During the breaks, in between the shoots of her other films, it was no surprise when the actress chose to spend time with her dog. They were often even seen bicycling around the studio during these breaks!

Audrey Hepburn and Her Fawn 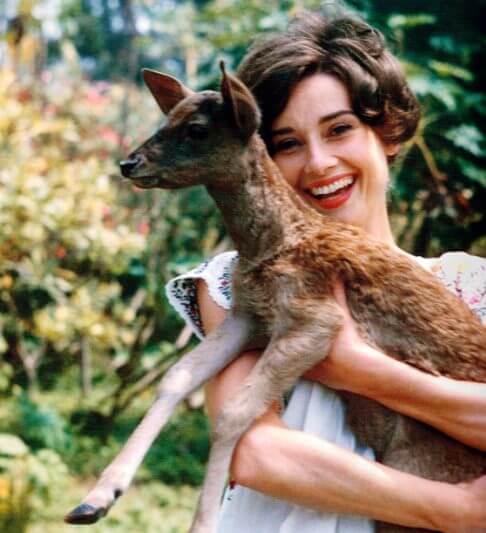 With Audrey Hepburn, it happened as a result of “working” with a fawn for her movie called Green Mansions, in 1959. To help the baby deer get comfortable with Audrey, the animal trainer on set thought it was a good idea if the actress would take it home with her.

So, she did! And, despite the cliche, it turned out to be one of those “and they lived happily ever after” kind of tales. Once at home, the deer and Audrey got close and comfortable in each other’s company. So much so, it almost seemed as if the deer thought Audrey was its mother!

The fawn continued to live with Audrey long after the shooting for the film ended. It was nicknamed “Ip”. It would accompany Audrey everywhere, even at supermarkets! A testament to their close-knit bond was the fact that Audrey’s dog- Mr. Famous- was extremely jealous of this new and unique addition to the family.

After hearing about this heartwarming bond between Audrey and the baby deer, you’d want to see pictures of them together. This is possible owing to the late photographer, Bob Willoughby! He captured many intimate moments of the two together. Audrey and him had become close friends, which allowed the photographer to capture many of their moments together at home as well!