by Cathleen Nelly﻿ in Dachshund, Video

Cute and bold, and sometimes mistakenly thought of as walking ‘hotdogs’.

These short-legged and long-backed breeds of dogs have become one of the favorite hounds of most people because of their aggressiveness.

Known as hounds which are small in size but with certainly big hearts.

There are actually different types of dachshunds as classified according to their sizes, colors, patterns and hair. 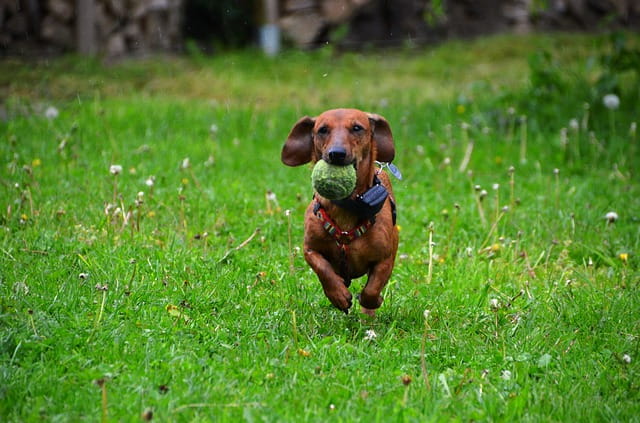 Before knowing these different types, it’s best to know where these dogs originated.

Back in the 1700s in Germany, these hounds were first developed for hunting purposes.

Dachshund is actually the German word for “badger dog” as they were believed to be bred to hunt badgers and other tunneling animals such as rabbits and even foxes.

The term was also coined to them as these companions are well known to go underground tunnels.

Thus, known as excellent burrowers too. But today, these breeds have exposed a certain versatility making them excellent show dogs and companions especially for little kids.

Known as stubborn but also, super smart, there is no doubt why dog lovers would want to house a dachshund with them.

This is because these breeds don’t just adore you with their wits and playfulness, they are also big barkers and thus, making them good watch dogs as well especially if they smell strangers around your area – well, that’s definitely both an advantage and a disadvantage!

There are more different types of dachshunds one can choose from.

They are classified according to their sizes, covers, coats and patterns. 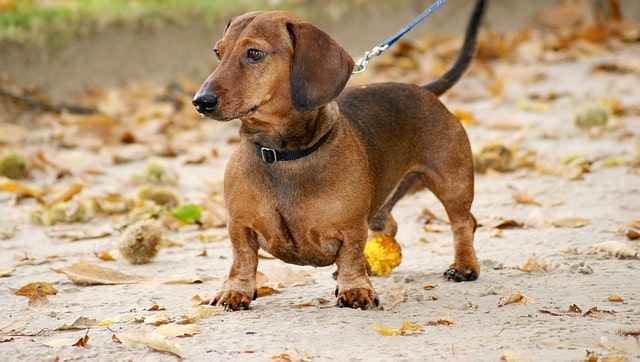 The standard and the miniature are two known sizes of these hounds.

With an approximate measure of eight to nine inches tall and weighing 16-32 pounds, this little creature jumps into the couch to snuggle with his best man.

This is the typical and standard imagery of these dogs.

The miniature dachshunds, on one hand, are smaller than the usual.

They usually weigh less than 11 pounds and are just measured about five to six inches tall. 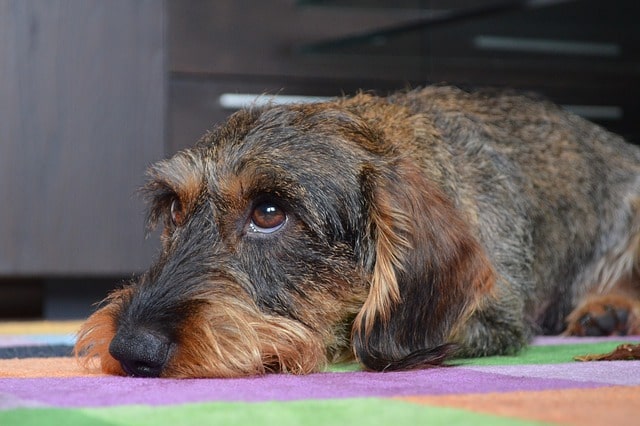 Depending on the hair covers of your pet, the frequency of grooming becomes diverse.

But surely, grooming your dachshund will feel so fulfilling.

According to research, these breeds lack heavy shedding.

One of the most astonishing features of Dachshunds is their coat which comes in three types:

Shiny and so smooth. It is the dachshund’s original variation of the coating. 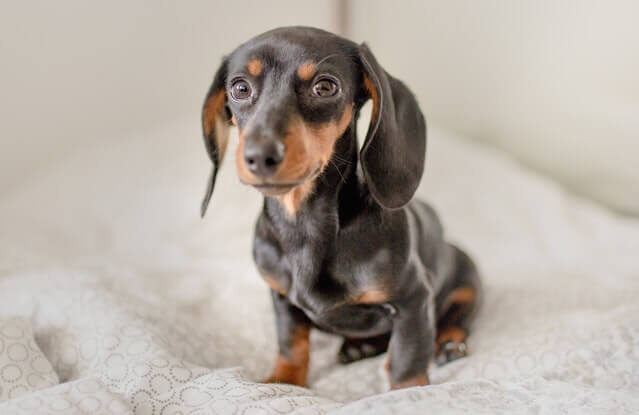 This is also what makes them kind of attractive as these coats are short and smooth and it looks perfectly neat for these pets.

For these types of covers, a weekly brushing may be needed for the removal of dead hair and in addition, they’ll need an occasional bath only especially if your pets don’t submerge themselves in stinky corners too often.

The long-haired cover is believed to have been developed for weather purposes during hunting season. 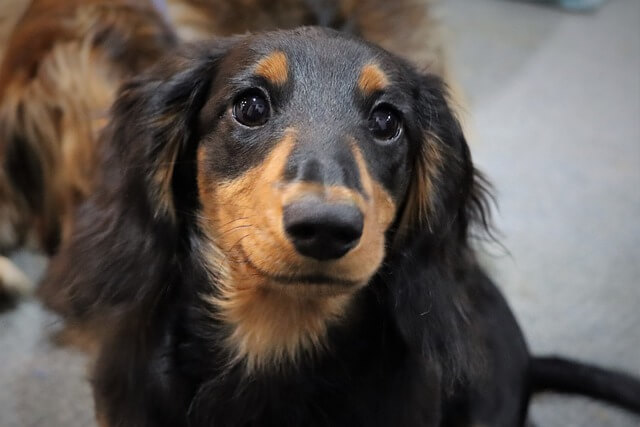 A long-haired dachshund would look elegant with its straight or slightly wavy hair that extends the length of their ears, chests and down to their necks and even the underside of their bodies.

Trimming isn’t even a requisite for these types but brushing twice is.

Wire-haired probably would make dachshunds look like an old rockstar with their messy wired hairstyle. 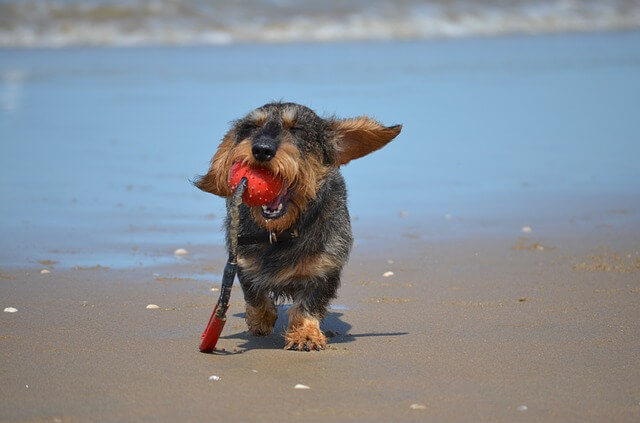 According to research, the birth of wire-haired dachshund may have come as a result of cross-breeding between hard-coated terriers and wirehaired pinschers.

This feature appears rough and even short and thick hair, making these breeds look tough. 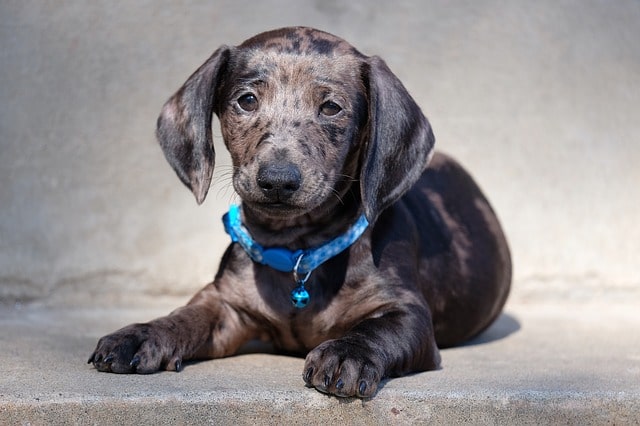 For colors, usually, these pets come in reddish or creamy colors especially for smooth and long-haired dachshunds.

In some cases, there are pure black dachshunds too. Some types of dachshunds appear in two tones such as black, chocolate, gray with tan markings.

Chocolate and tan, black and tan or a variety of red shades are the usual colors for wired-haired dogs on one hand.

There are also different patterns:

Mentioned above are just some of the distinguished types of dachshunds one may refer to.

Sometimes, people also look at the different shades of eye color for these pets.

Usually, those with darker colors have brown eyes while lighter covered dachshunds may have hazel, green or blue eyes.

A Few Takes Before Getting Yourself a Dachshund

Before you get yourself this breed, it’s best to be aware of some of the things they are distinct from.

Expected as brave little hounds, these dachshunds could be trouble too!

There may be tendencies wherein you’ll catch your pet crashing on the couch with ruined pillows.

That’s alright. Their aggressiveness in playtime would also make them irresistible creatures.

They might also cover themselves with mud or soil as they are natural diggers.

So might as well expect to get a little messy with dachshunds.

You may also train them to pee in the right areas but mind you, they are not always that reliable.

Well, this is just something you must keep an eye on.

All in all, they’re good boys and good girls who’ll be a good choice for a man’s best friend.

Whatever their type may be.