There’s no doubt that Dogs and Wolves share a lot.

From their physical structure to appearance, there’s a lot in common between them.

So much that sometimes it’s hard not to mistake a dog for a wolf.

Well, in this article we’re about to take a look at such dog breeds that look just like wolves.

So, whether you’re searching for a wolf lookalike dog for petting or just looking for some knowledge, consider reading this article. 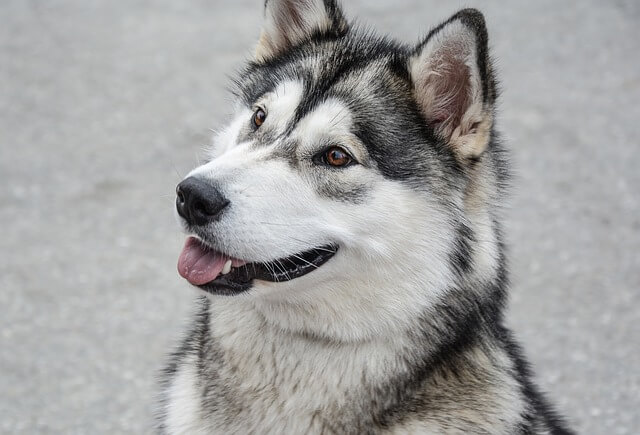 Aside from sharing similarities with wolves, they are extremely affectionate, playful, and loyal.

These dogs are also the most genetically similar to their wolf ancestors and often inject with the wolf genes.

Here are some facts about Alaskan Malamutes:

Another wolf lookalike, the Canadian Eskimo Dogs date as far as 3,000 years ago. 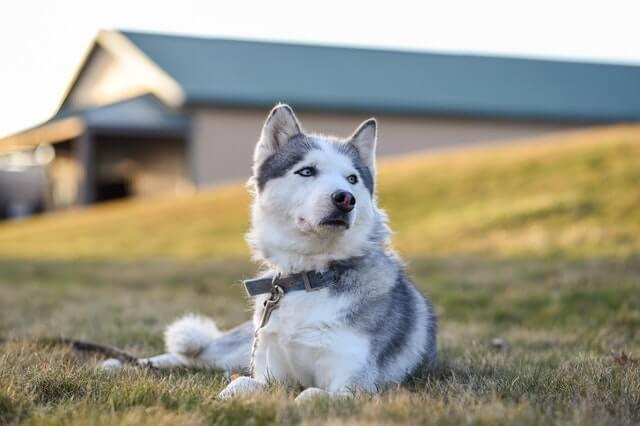 Not only do they resemble wolves ‘ looks, but also various traits and characteristics.

However, they can get really aggressive toward dogs of different breeds and strangers.

Here are some fun facts about the Canadian Eskimo Dogs:

The Czechoslovakian Wolfdogs was a result of a scientific experiment held in 1955. 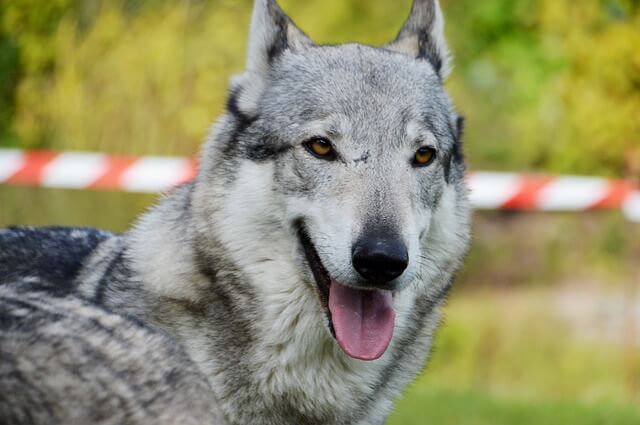 They deeply resemble the looks of a wolf and a German Shepherd.

Due to their intelligent and devoted nature, the Czechoslovakian Wolfdogs are used as watchdogs and police dogs.

Another great thing about them is that they can be easily domesticated if trained the right way.

Here are some facts about the Czechoslovakian Wolfdogs:

Considered to be the finest of their kind, German Shepherds also share a lot with their wolf predecessors. 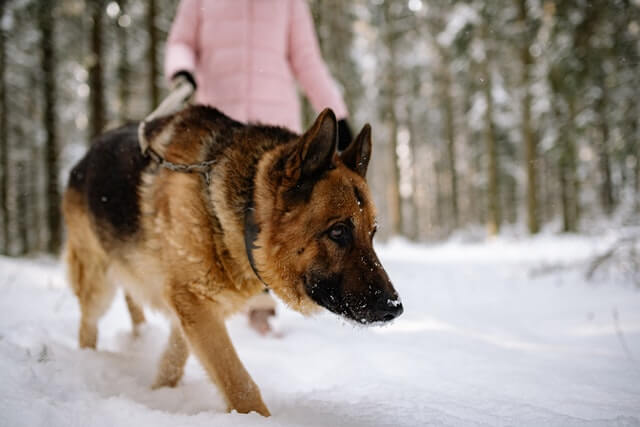 German Shepherds are considered because of their loyalty, intelligence, and noble personality.

They are truly a pleasure to a dog lover’s eye. Here are some informative facts about German Shepherds:

Kugsha or Amerindian Malamute is another dog breed that is very similar to wolves. 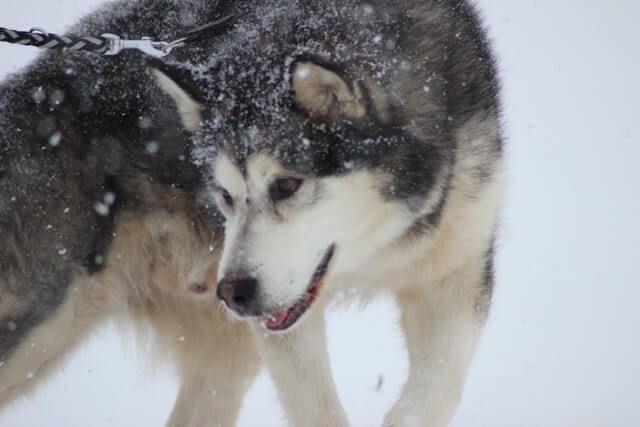 Their dense and brittle fawn coat makes them really appealing to look at.

Unfortunately, very little information is known about Kugsha dogs in comparison to other dog breeds on this list.

What is known is that they can be hard to domesticate and are well suited for working.

Here are some known facts about Kugsha:

The Northern Inuit Dogs (or Utonagans) have wolf-like features, but not characteristics. 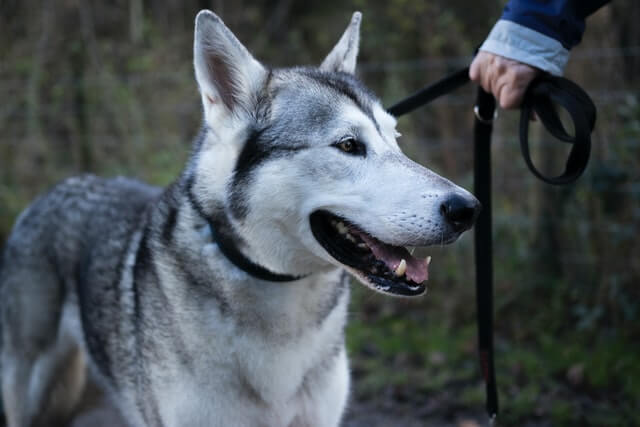 As they are widely recognized for their gentle and loving nature.

These dogs are stubborn and cheerful creatures well suited for petting and domestic purposes.

Here are some other facts about the Northern Inuit Dogs –

Shiba Inu is one of the oldest Japanese dog breeds out there. 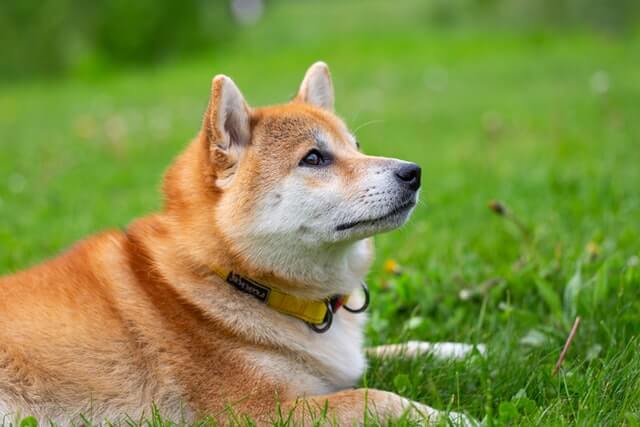 And yes, they also have a wolf-like appearance.

In Japan, they are considered perfect pet companions for families due to their playful nature.

Shiba Inu is the most popular dog breed in Japan and is steadily becoming popular in the west as well.

Here are some other fun facts about Shiba Inu:

The Siberian Husky dog looks almost exactly like a wolf. 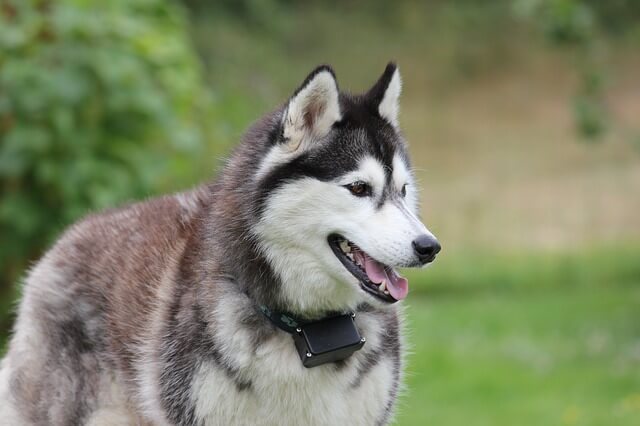 Due to their thick dense coat and medium size, it’s hard not to mistake them with a wolf.

But when it comes to their nature, they’re quite opposite.

The Siberian Huskies are friendly, intelligent, protective, and playful in nature, making them nearly perfect companions for families.

Here are some fun facts about the Siberian Huskies:

Tamaskan dogs are a mixed hybrid of Wolves, Malamutes, and Huskies. These dogs resemble a wolf-like look. 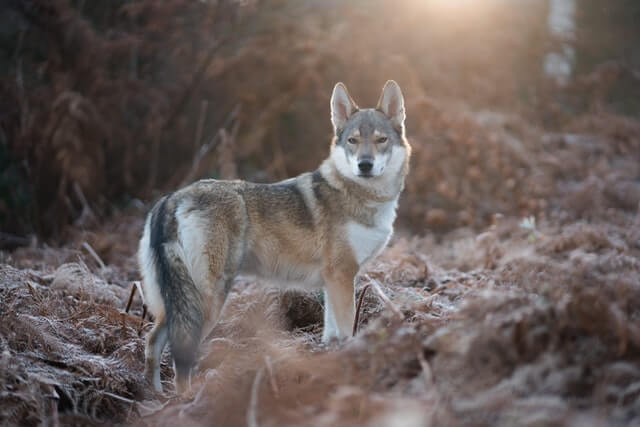 They have an extremely intelligent and affectionate personality, making them ideal for both families and police.

Here are some fun facts about the Tamaskan dogs:

Lastly, we have The Greenland Dog. Just like Shiba Inu, they are also an ancient breed and resemble a wolf’s look. 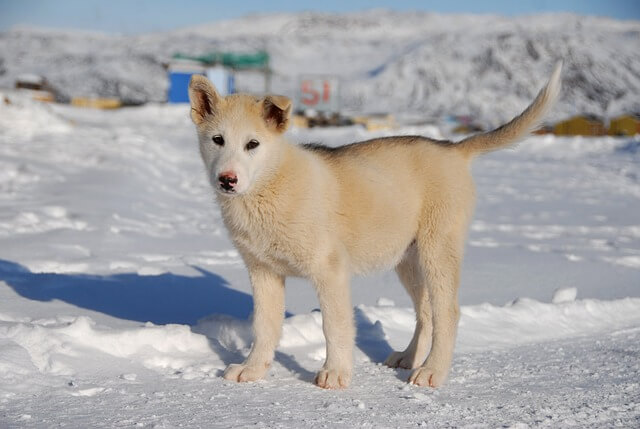 The Greenland Dogs have developed thousands of years ago to work as sled dogs, but things have changed since then.

Now, they are used as both watchdogs as well as pet companions.

Here are some fun facts about The Greenland Dogs you should know:

These were some of the most popular dog breeds that are closest to wolves.

Now that you know about them, you won’t be mistaking a dog for a wolf anymore.

Based on the above information, now it’s also easy for you to lookout for a new pet Wolf-dog, considering that the majority of dogs on this list are friendly and well suited for domestic life.

So, stop waiting and choose the type of pet Wolf-dog that suits you.