The Dachshund Beagle mix is a great puppy. His genes are a combination of the hardworking Beagle and the Dachshund.

This crossbreed is known for its strength and intelligence. Most dog owners get attracted to this breed because of its Beagle genes.

The Dachshund Beagle mix pup is also referred to as the “Doxle.”

One of his parents, the Beagle, is commonly known as a hound dog. This pure breed can track a scent for several miles. It has an impressive nose! 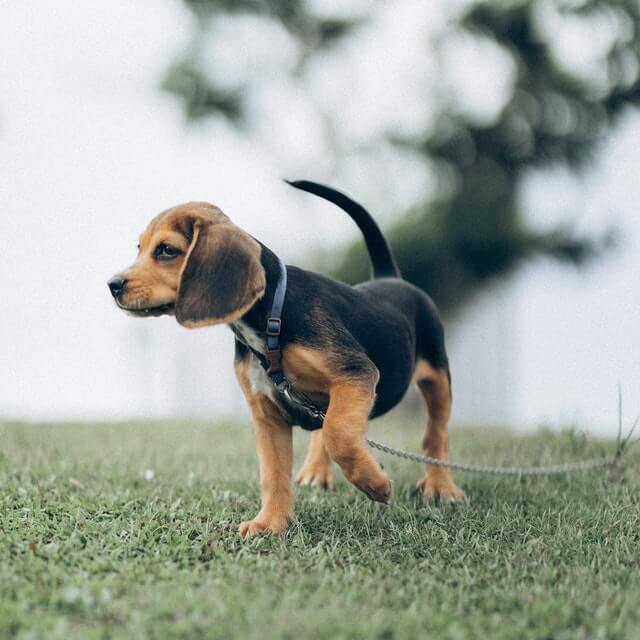 On the other hand, the Dachshund also has hound dog attributes. However, he is mostly used for digging and hunting badgers.

Despite being trainable, the Beagles and the Dachshunds are quite stubborn.

This makes it hard for first-time dog owners to adopt them.

When training a young Dachshund Beagle mix pup, some essential facts need to be taught.

Generally, Doxles are medium-sized. They are suitable for small living spaces.

They can also live in digger apartments.

These pups have no issue with space. Larger spaces could be of great advantage for their exercise, however.

Can the Dachshund Beagle mix breed make a perfect companion for you? 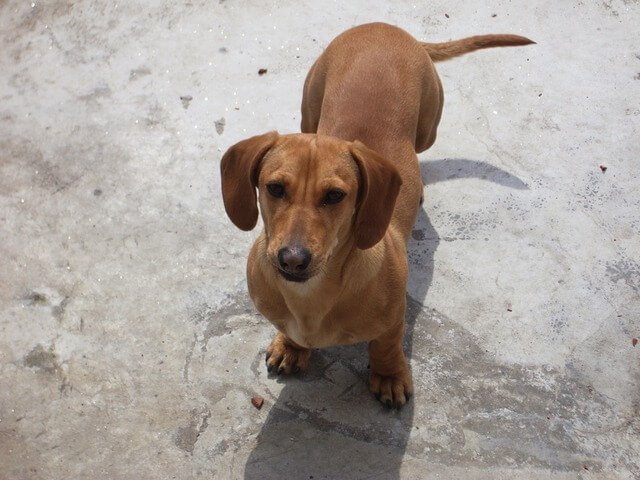 This “designer dog” is obtained by matching two pure breeds.

It is called a designer dog because his genes were acquired from parents that had been purely bred for generations.

A crossbreed of the Dachshund and the Beagle doesn’t necessarily lead to a huge pup. Its offspring is usually small-sized.

You should remember that most averagely-sized dogs are less prone to illness.

This factor is because their short bodies put much pressure on their hips.

The Dachshund and Beagle parents have little color variations in their coats. Both are known to be hound dogs.

Their temper is also the same.

Let’s look at a brief overview of each parent to the Dachshund Beagle mix.

Overview for The Beagle Parent 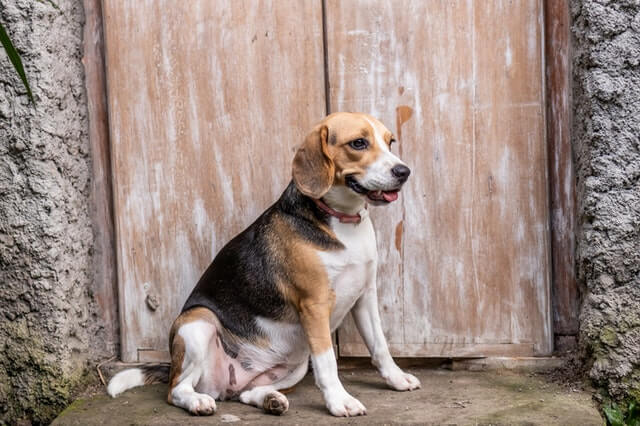 Beagle’s ancient home is England. He was primarily used for hunting purposes.

This pooch has a wide history that dates back to the 1500s. Specifically, he is known as a hound breed.

Around the 1800s, the Beagle breed was brought to the US.

Within a short time, celebrities and famous politicians began associating themselves with this doggie.

The Beagle pure breed can be used for various purposes.

Because of his sense of smell, military and law enforcement agencies use him when pursuing suspects.

First-time dog owners always find it difficult to adopt this pooch. He is quite stubborn during initial training.

This is unlike his intelligence and bravery.

This puppy is tolerant of children. He is also considered a great family companion.

Overview for The Dachshund Parent 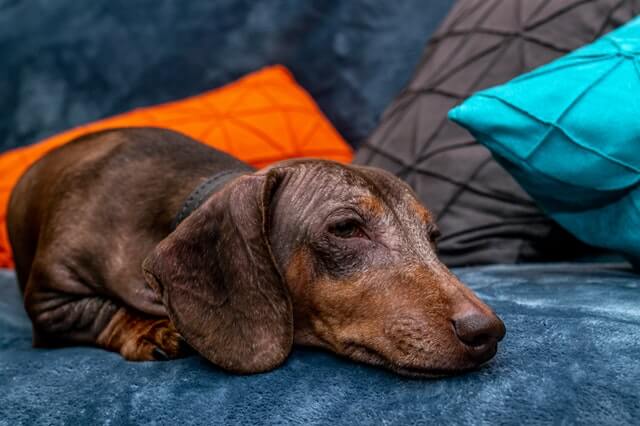 The Dachshund originates from Germany. He was mainly used for hunting purposes.

This pooch breed was discovered in the 15th century.

By the 17th century, his popularity had greatly increased. This gets attribute to his strength in hunting badgers.

It is from this unique strength that he earned the name “Badger Dog.”

The Dachshund breed was recognized by the American Kennel Club in 1885. This occurred shortly after it had been brought to the country.

The Dachshund is medium-sized. Its legs are also short.

This pup is quite friendly to adults. However, it has problems in socializing with children.

In addition to being energetic, the Dachshund is known to be a great watchdog.

This doggie is quite protective. It has a long lifespan of 12 to 16 years.

This pup seems to inherit unique features from both of its parents. 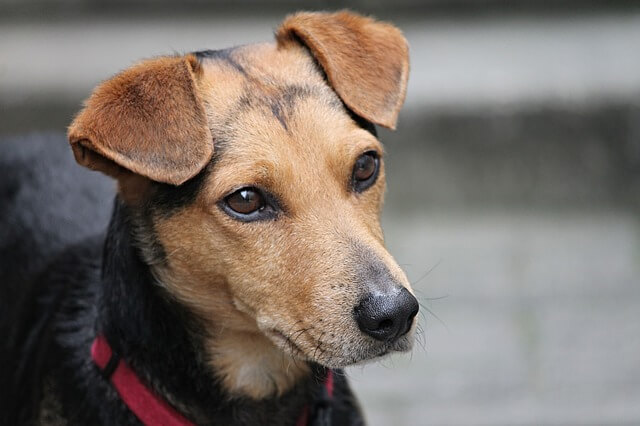 It not only has a great sense of smell but is also a good hunter. The Dachshund Beagle is temperamental just like his parents.

This pup can be used for both on-ground and underground hunting. Since he is known as a digger, he can go after underground prey.

Due to his great sense of smell, the Dachshund Beagle mix can be used for animal and human tracking.

However, you need much effort in teaching him not to run after cars. He might easily get injured.

He should also be taught not to follow scent excessively.

What Is the Appearance and Required Grooming for The Dachshund Beagle Mix?

How your Doxle shall look heavily depends on its parent breed.

If he inherits genes from his Dachshund parent, he could either be black, tan, chocolate, or gold.

A Dachshund Beagle mix that takes after his Beagle parent could be white and chocolate, lemon, and white, or red and white.

This Doxle comes in varying sizes.

His average weight could be between 16 to 30 pounds. Their height can be as high as 15 inches.

The Dachshund Beagle breed has floppy ears. He also has a small to medium-sized snout.

This Doxle could have a long-haired, medium-haired, or short-haired coat.

The short-haired breed requires minimal grooming. This can only be done once a week.

The long and medium-haired doggies require grooming for up to thrice a week.

You should also remember to trim your pup’s nails regularly. This helps avoid unnecessary scratching.

Lastly, the Dachshund Beagle mix-breeds do not demand regular brushing of teeth.

However, you can make this a habit for your Doxle.

The Required Training for Your Doxle

The Dachshund Beagle mix breed is known for its great energy.

Also, he is intelligent and quite active. Despite that, this pup is very stubborn.

He inherited these traits from both of his parents. Therefore, training him requires great effort and patience.

Include positive reinforcement in your training. This is the surest way to harness your pup’s interest in the training sessions.

You should not punish him in any way. Whether it’s a light slap or scold, it is not warranted.

This is because you will nurture a bad relationship with your pooch. He won’t cooperate during training.

Even when he performs poorly in training, give a sign of encouragement so that he can improve next time.

When he does it well, motivate him with either a treat or a toy.

When training the Dachshund Beagle mix doggie, you should aim at nurturing his obedience.

Generally, this idea applies to young pups. It helps them to grow into respectful and mature adults.

Their stubbornness is likely to reduce during adulthood.

Since this pup is small-sized, training him to pee outside is much easier.

You should also teach this pup how to socialize when he is still young. This greatly helps him to be comfortable when around other dogs and animals.

As you have noted, adequate training for this Doxle is necessary when he is young.

Learning is more vigorous when a Dachshund Beagle mix is tender.

Due to his great energy, this Doxle needs regular exercise.

Exercise not only keeps your pup active but also healthy. Also, regular play is important.

You can let your pooch accompany you to the dog park or play with him around your backyard.

A daily exercise for at least 1 hour is necessary for the Dachshund Beagle crossbreed. You should also take him out for a walk twice a day.

This pooch demands plenty of attention from his owner. Also, he needs a lot of space for play and exercise.

Therefore, you need to consider such factors before thinking of adopting this pup.

In addition, this pup loves staying indoors most of the time. This is specifically the case during winter.

His coat isn’t strong as such to withstand extreme climatic conditions. Also, leaving him to sleep outside during the night isn’t recommended.

Potential Health Issues for This Doxle

Since the Dachshund Beagle mix belongs to the large class of designer dogs, he has minimal health problems.

A cross between two pure breeds always results in an offspring that is resistant to most illnesses. Crossbreeding cancels out most health conditions.

However, there may exist other conditions that could affect the immunity of your Dachshund Beagle mix puppy.

This canine is prone to various musculoskeletal conditions. This includes intervertebral disc disease.

Also, cases of obesity are common. This gets attributed to the pup’s medium size.

Therefore, feeding your pup in little portions is necessary to minimize cases of obesity.

The Dachshund Beagle breed can also get affected by conditions such as patellar luxation, ear infections, and eye conditions.

The potential health issues that could be inherited from its Beagle parent include glaucoma, hypothyroidism, and obesity.

What Is the Appropriate Diet for Your Dachshund Beagle?

Most Doxles need a proper diet rich in proteins and fats. The carb content should be kept low.

The officials recommend a diet of at least 22% proteins for puppies.

Adult Dachshund Beagle mix breed should have a slightly lower amount of proteins at 18%. The feeds recommended for this pup include whole meat, chicken, and fish.

Due to his small size, this pooch can easily become obese. Food should be provided to him in small portions.

In addition to the small-portioned diet, exercise is vital to beat issues to do with obesity.

Can The Dachshund Beagle Mix Make a Good Family Pet?

The question of whether this Doxle can make a perfect companion can’t be answered directly.

As a potential dog owner, you need to put various factors into consideration.

Since you’ll be the one living with him, you need to assess his characteristics. This helps you determine if you are comfortable with him.

See also  Corgi Pomeranian Mix: Why You Need to Adopt This Crossbreed

Here is a list of quick facts you should know about this pup before adopting him.

Having read over his distinguishing features, the choice is yours.

You need to determine by yourself whether this doggie can make a good family pet.

You can also find additional information from the dog breeders before adopting one.

If you need to adopt this pup, finding a breeder is not difficult.

Since this pup is popular, most breeders that specialize in Beagles and Dachshunds won’t fail to give you the necessary direction to finding the right doggie.

Despite this price, you should never opt for cheaper pups. Most may have underlying issues which are difficult to treat.

Also, when purchasing a Dachshund Beagle mix, ensure it has papers. Information regarding its parents should be provided.

This factor ensures that you are adopting a crossbreed of the best quality. You shouldn’t just go for an ordinary pooch.

It is also prudent to research potential breeders before deciding whom to buy from.

Moreover, you can adopt a pup from a rescue. This is another cheap option.

Therefore, when in need of a Dachshund Beagle mix pup, you should either contact local breeders or the rescue.

In some instances, you may find dog owners surrendering this Doxle for rescue.

This could either be due to finding it hard to train the pup or its demand for constant attention.

Therefore, if you want to adopt a Doxle from rescue, make sure you can give it the required attention.

You should also be patient with him during training.

Obtaining a pup from a rescue is always good. However, in most instances, their parent information is not readily available.

You can check out information from the rescue websites before deciding on which dog to adopt. This may include a platform such as Dachshund Rescue of North America.

The Dachshund Beagle mix is a nice pup to adopt.

This pooch has a good sense of smell alongside excellent hunting capabilities. He is also brave and intelligent.

If you need a great companion in your family, do not hesitate to look out for this Doxle.

He is small-sized and has a manageable temperament.

Despite his stubbornness, this pup can effectively get trained. You only need guidance from competent dog trainers.

Alternatively, you can attend dog training classes to understand how the Dachshund Beagle mix can get managed.

Keep in mind that proper training during a young age leads to the development of an obedient and mature adult Doxle.