Breeders often call these types of dogs hybrid even though the preferable term is a mixed dog breed.

The Great Pyrenees Australian Shepherd mix is referred to as one of the best many new breeds in progress. 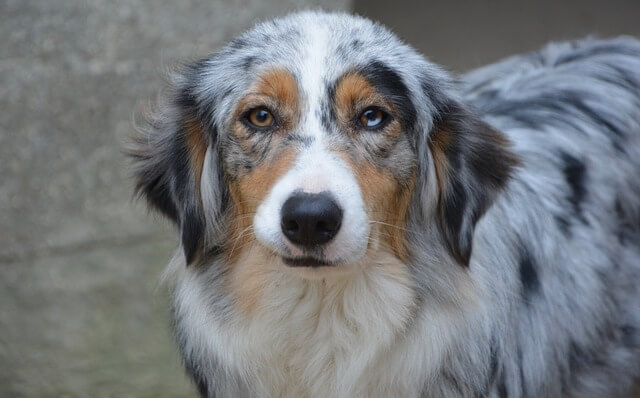 It is a mixed breed dog resulting from a crossbred between Australian Shepherd and Great Pyrenees.

Breeders argue that the Australian Shepherd is very strong from its herding instincts and background.

At the same time, you should know the Great Pyrenees is specialized from its unique characteristic of providing better protection and security background.

The Great Pyrenees Australian shepherd mix is a large breed that normally does better in winter or colder countries.

The Origin of the Great Pyrenees Australian Shepherd Mix

To better understand, let’s look at the history of the parent breeds.

History of the Great Pyrenees

Through the fossils evidence showing that these pup’s ancestors existed back in 1800 B.C.. 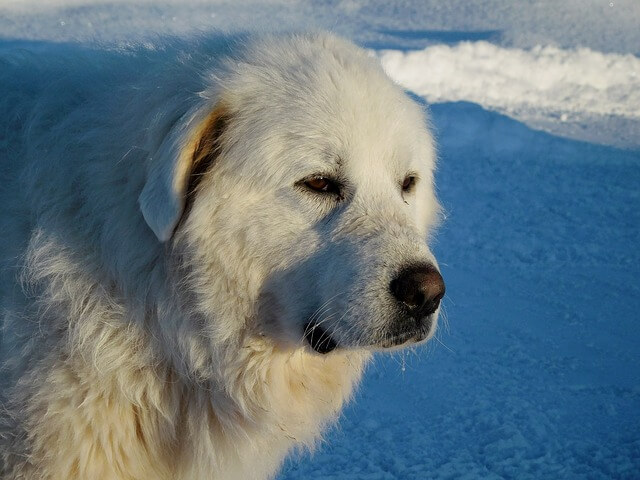 It is believed as one of the oldest dog breeds to live on the planet.

In the modern world, the Great Pyrenees is generally referred to as “pyr”, mostly preferred as the walking dog in many countries.

However, this breed is usually referred to as a companion dog.

History of the Australian Shepherd

Breeders argue that the name of this breed is a bit misleading. 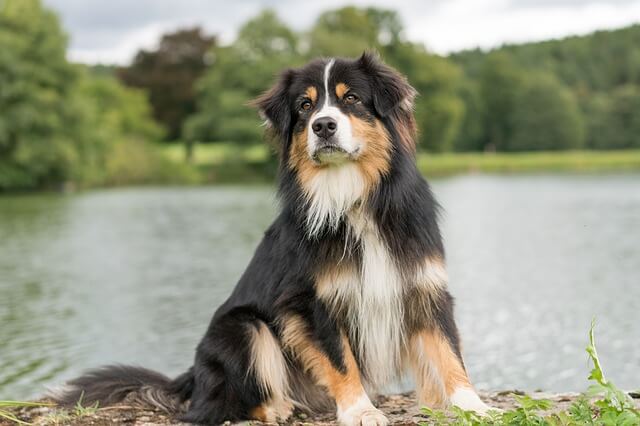 The Australian Shepherd originated from Pyrenees Mountains between Spain, France, and not Australia.

The species was primarily associated with the Basque shepherd dog breed, introduced in the United States from Australia.

With time, the breed became popular in the United States just after the First World War.

The dogs were mostly used at rodeos, horse shows, and dog owners even used them to participate in the leading roles in Hollywood mainstream movies.

The dog is widely known for its strong work ethic, and therefore, when constantly challenged, the breed tends to work at its best level.

The Personality of the Great Pyrenees Australian Shepherd Mix

Like all hybrid, it is best to read, look and understand the parents and know their behaviors.

The Great Pyrenees Australian shepherd is more protective in character, and it makes an excellent guard dog for its master due to its size. 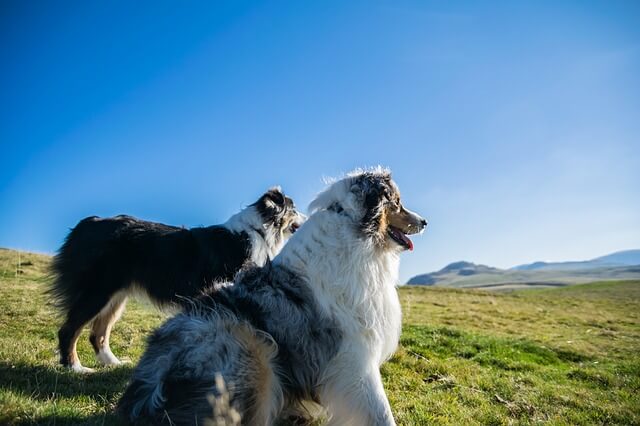 The breeder used the dog to help them watch over their flock of sheep, and generally, it knows how to relate and socialize with other animals well.

The dog can be self-independent even when the house is noisy.

The Aussie can respond positively to reinforcement.

Hence they are known for their affectionate character and enjoy spending the most time with their owners.

Just like other dogs, the Great Pyrenees Australian shepherd mix has the potential to develop or be attacked by a genetic health problem.

All dog breeds are believed to be easily susceptible to some health issues in dogs than others.

However, it is crucial to understand that it’s better to get a puppy because you can avoid some health issues as much as possible while still young.

Many breeders say it is very easy to offer health issues solutions on a puppy than a full-grown dog.

When purchasing an Aussie breed, make sure you find a reputable breeder who will be honest enough to explain to you the various health issues your dog has.

Moreover, it is wiser to understand that all the health problems of a dog before you buy it.

So, health clearances are needed from the breeder as a piece of evidence that the dog is cleared and tested to various health complications.

New dog owners should know that the Australian Shepherd mix may have some diseases and complications, which the breeder should address during purchasing.

These conditions include eyes problems, dysplasia, various allergies, and many other dog diseases.

The dog owner should understand Aussie is a high shedding dog.

Although sometimes it would depend on which breed of the parent’s physical characteristics your dog takes after.

The Pyrenees are known to have extremely long hair and will have much shedding to deal with.

It would be best if you were always prepared to brush them few times a week and regularly give them baths as many times as possible within a week.

Dog owners are advised to schedule time for taking your pet on long walks and hikes to make sure you keep their energy down as much as possible.

The Great Pyrenees Australian shepherd mix has a high energy level since their parents are considered dogs with a higher power.

Therefore, exercise will keep them from being destructive, and breeders say that a good dog is tired.

Dog owners should understand that the Great Pyrenees Australian shepherd mix is an intelligent dog breed, and training this kind of dog is easy and fun.

But sometimes, they are known as extremely stubborn.

To teach this kind of dog, you will need a stronger, firm handler with consistency, and won’t they won’t let the dog take advantage of him.

It is important to congratulate your dog with positive praises during training since all dogs react well in positive reinforcement.

The more your dog gets more exercise, the better the ease of movement.

All dogs and puppies are imperative to proper socialization with the owner or the family members.

You should take your dog to attend the doggy daycare so that it can be around with many people as much as possible.

In terms of diet and feeding, the nutrition of the Great Pyrenees Australian shepherd mix will always depend on some variables.

These hybrids are prone to obesity when overfeed. Obesity is known to exacerbate various health conditions like hip dysplasia.